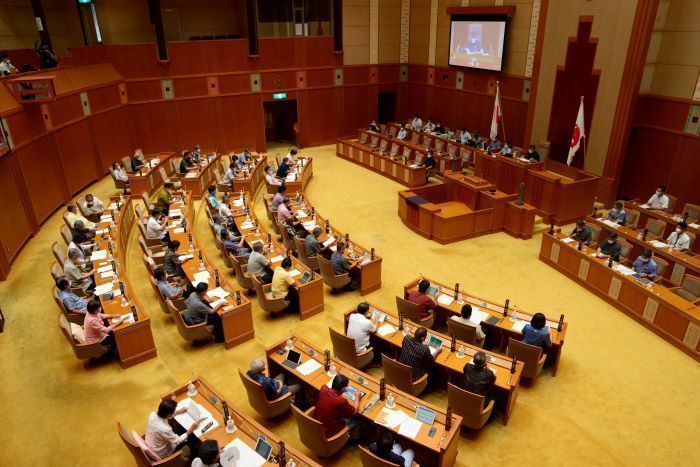 The Okinawa Prefectural Assembly considering a protest resolution against China

The Okinawa Prefectural Assembly (Noboru Akamine, chair) unanimously passed a resolution the morning of August 9 at an extraordinary session of the assembly in protest of the Chinese military firing five missiles into the waters around Hateruma Island, inside of Japan’s exclusive economic zone (EEZ). The resolution states, “We strongly demand that military exercises not be conducted in the waters around Okinawa,” and suggests to China that “Rather than pitting militaries against one another, engage in peaceful talks as much as possible, using diplomatic discourse to resolve issues.” The resolution is addressed to the Chinese head of state as well as China’s ambassador in Japan.

In addition, the assembly also unanimously passed a written opinion asking the central Japanese government to also call on China not to conduct military exercises in the ocean near Okinawa. The written opinion asks that calm negotiations be used to avoid military conflict, stating, “We ask that China and the U.S. plan to resolve issues using calm and peaceful negotiations in order to avoid military conflict.”

The written opinion was addressed to the prime minister and foreign minister. Both resolutions were mailed to their recipients.