Himeyuri Peace Research Center call for film contest submissions, a new way to tell the story of the Battle of Okinawa＜英語ニュース＞ 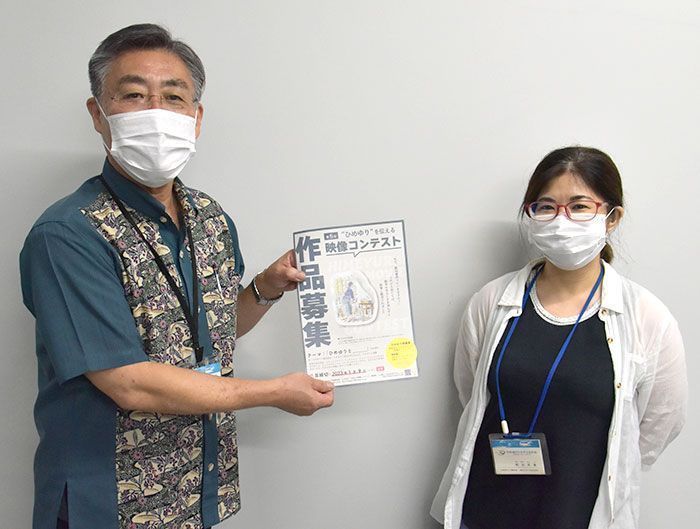 The Himeyuri Peace Research Center is calling for submissions for its fifth film contest under the theme “Himeyuri.” The contest provides opportunities to learn about the Battle of Okinawa, and to ponder and disseminate the notion of peace. Submissions to this year’s contest must be received by January 9, 2023.

Choukei Futenma, director of the Center, said, “We welcome new formats and free expression in telling the story of the Battle of Okinawa. In the past four contests, we saw the promising possibilities of contemporary formats utilized by the younger generation.”

This year’s contest theme is “Himeyuri and...” Submissions should be less than 10 minutes. Short films such as documentaries, creative works, and animations are welcome; Performance films such as recitations, dances, and songs are also acceptable. Entries must not have been submitted to other contests. The winning submissions will be posted on YouTube. For inquiries, call the administrative office at 098 (997) 2100.