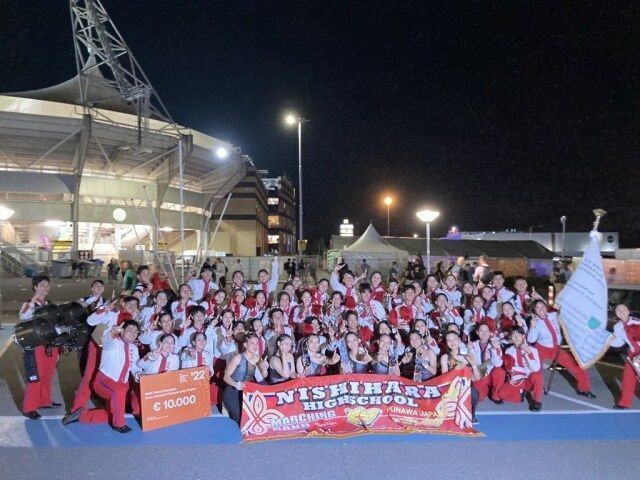 The Okinawa Prefectural Nishihara High School Marching Band represented Japan in the quadrennial World Music Competition held in the Netherlands and won the Championship title of the Show division on July 31 (local time). The Show division is the highlight of the competition, and the Championship title is its highest award. Nishihara High School won by 3.52 points over the runner-up.

The World Music Competition is referred to as the Olympics of Music. Nishihara High School has won the gold award every year since its first entry in 1997, including the last competition in 2017. In 2001, 2005, and 2017, Nishihara took home the highest achievement, the Best International Award.

Tsunehiro Maeno, leader of an Okinawan volunteer group formed to help send the Nishihara Marching Band to Netherlands, commented, “They did a great job despite the restrictions placed on practice due to Covid. We received many donations from locals and businesses alike. I believe [the students] were able to repay their generosity in the best possible way.”