＜English＞History of Uchinanchu in the World：420,000 descendants, Pride and Love for their homeland. 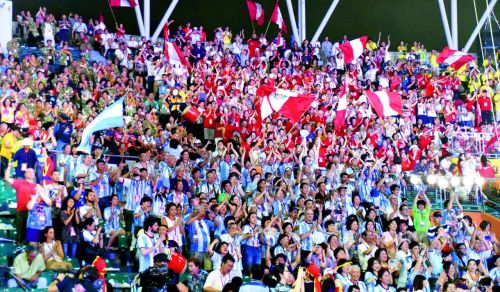 The finale of the 6th Worldwide Uchinanchu Festival in 2016

Before World War II, many people from impoverished Okinawa dreamed of a new land and went abroad as immigrants. They endured harsh labor and environmental conditions, overcame prejudice and discrimination, and took root in the places to which they emigrated. More than 100 years have passed since then. It is said that there are now more than 420,000 people of Okinawan descent who are descended from these "Uchinanchu." The Worldwide Uchinanchu Festival, for which people of Okinawan descent return to Okinawa from all over the world, strengthens the bonds among Uchinanchu and renews their commitment to Okinawa. Ryu-chan and Sirisiri will explain the history of the Okinawan immigrants and their relationship with Okinawa.

*This is a re-edited version of Ryu PON, a newspaper for elementary and junior high school students.

(Article by Tatsuki Kumagai; illustrations and graphics by Akiko Uehara)

It is named Sirisiri, is curious and loves miscellaneous knowledge. it always has a stir-fried carrot, Ninjin-Sirisiri in hand and looks up anything that interests i 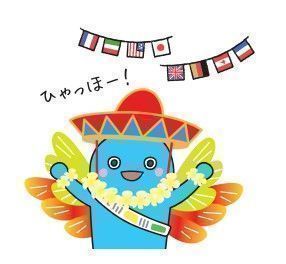 ［Ryu-chan (Ryu)]   I am surprised that there are 420,000 people in the world who have Okinawan roots. Why are there so many of them?

［Sirisiri (Siri)]   From the Meiji Era to the early Showa Era, Okinawa was a very poor place, and it was difficult to find food to eat. There were no places to work within the prefecture, so the idea of "immigration for business" was promoted, encouraging people to earn money by working outside the prefecture and overseas. The first immigrants from Okinawa were 27 people who left for Hawaii in 1899. The person who came up with the idea of immigration was Hisazo Touyama, who is called the "father of immigration."

［Ryu]  Indeed, when I think of immigrants, I tend to think of people going to Hawaii or Brazil. Where else did they emigrate to? 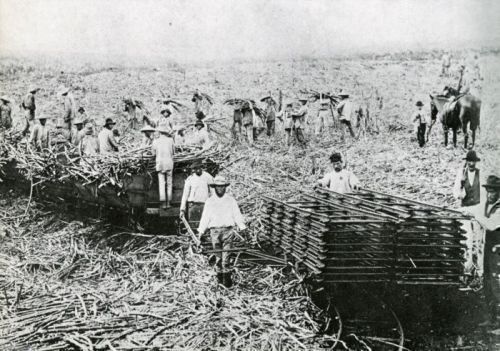 A scene from "Living in Hawaii," a documentary film commemorating the 65th anniversary of the immigration to Okinawa 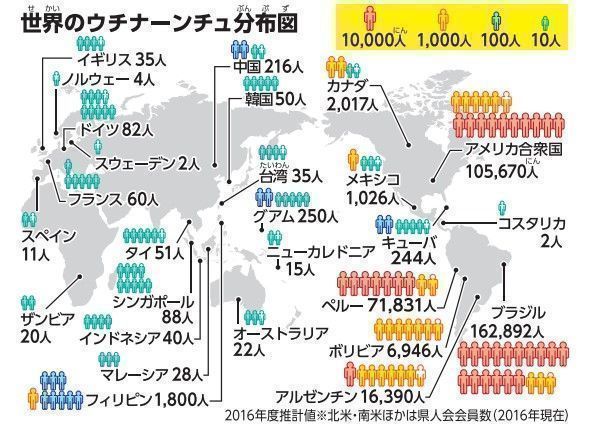 ［Siri] Many Okinawans went to Argentina, Peru, Bolivia, Mexico, and other Latin American countries, North America, and Southeast Asia such as the Philippines. Before the war, 53,200 people emigrated to the Indonesian Archipelago, which was under Japanese rule and was thought of as "another Okinawa."

［Siri] Not only overseas, but also in domestic industrial sectors, a lot of people from Okinawa left to work in other prefectures in Japan. While most of the overseas migrants were men and their families, most of the domestic migrants were young women who worked in the textile industry before marriage. Before the war, a total of 75,000 Okinawans went overseas and 150,000 went to work outside the prefecture.

［Ryu] What was life like in the places they immigrated to? 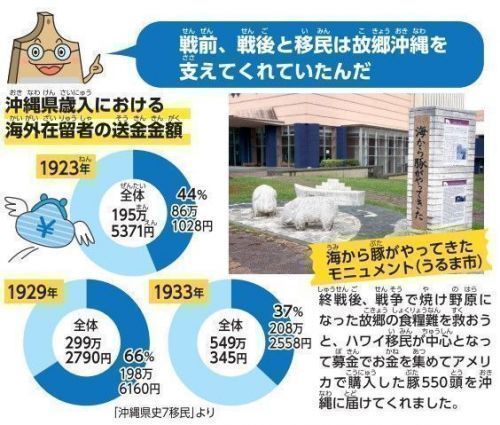 ［Siri] They left Okinawa dreaming of a prosperous life, but they had a hard time with harsher working environments than they had imagined. Some of them started their lives by clearing the jungle. Work at the destination varied by country, from sugarcane cultivation in Hawaii and the Indonesian archipelago, coffee cultivation in Brazil, and hemp cultivation in the Philippines, to laundry work and vegetable cultivation in Argentina. 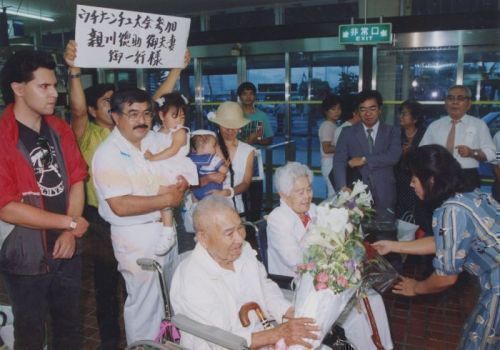 Mr. Tokusuke Oyakawa (102) and his family came to Okinawa from Canada for the first Worldwide Uchinachu Festival. 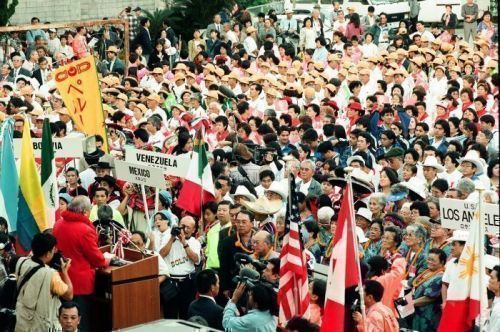 Overcoming hardships and connecting to the next generation

［Siri] Many people died in Okinawa during the Second World War, but those who emigrated overseas also had a very difficult time. In the U.S., Canada, and South America, many people had their property confiscated and were put into concentration camps, and in the Philippines and South Sea archipelago, many were caught up in the fierce ground war.

They themselves lost so much in the war, but after the war, when the emigrants heard that Okinawa had been burnt to the ground, they played a major role in the reconstruction of Okinawa by sending clothing and food.

［Ryu] Wow. We owe a lot to those immigrants!

［Siri] Even though the immigrants left Okinawa, they did not forget the Okinawan language, the sanshin (Okinawan stringed instrument), and the spirit of "yuimaru." Where there were Okinawans, there was the sound of the sanshin and dancing, and the people of Okinawa got together and helped each other by forming groups known as kenjinkai. Nowadays, we are the grandchildren and great-grandchildren of the first generation immigrants. There are many kenjinkai active in local communities. 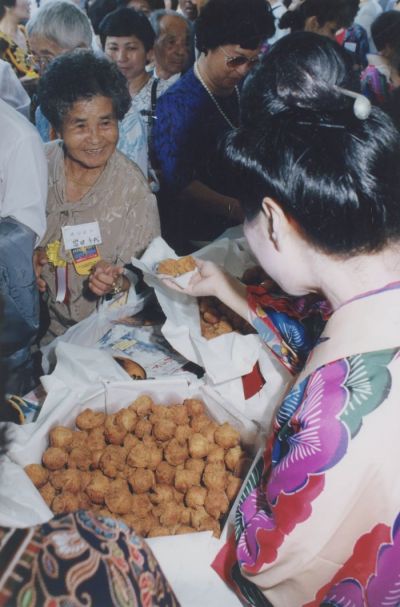 Participants in the first Uchinanchu Festival receiving Sata-Andagi, in 1990.

In 1990, the first World Uchinanchu Convention was held and about 240 people visited Okinawa. Thirty-two years later, after a one-year postponement due to the COVID pandemic, the 7th convention will finally be held at the end of this month.

［Ryu] I'm looking forward to it! I know there will be Uchinanchu from all over the world.

［Siri] Yes! This is a unique opportunity for us to realize the scale of the global Uchinanchu community. I hope we can continue to cherish this connection and continue our exchange! 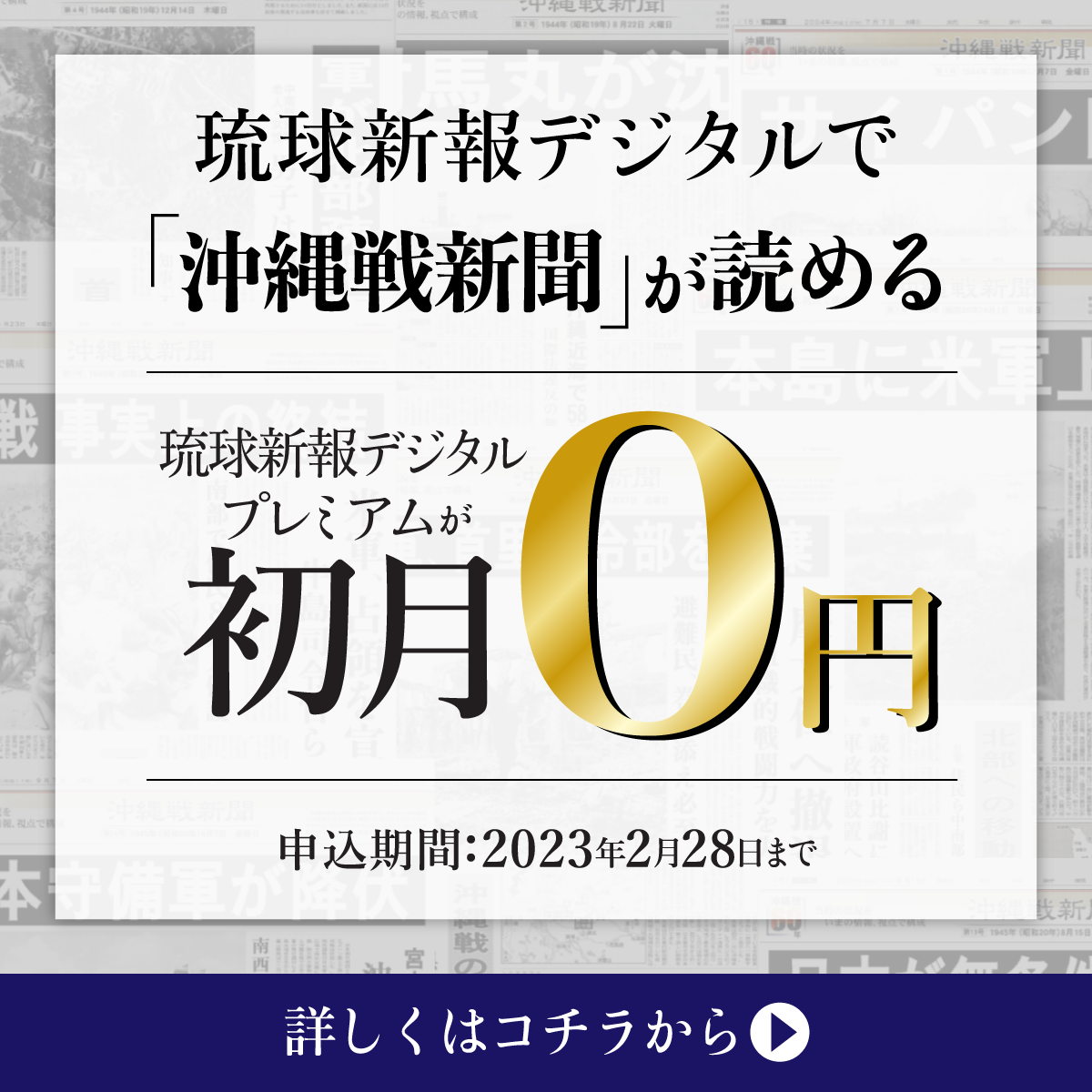 ＜English＞History of Uchinanchu in the World：420,0... 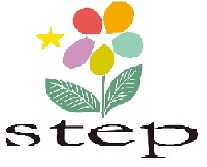